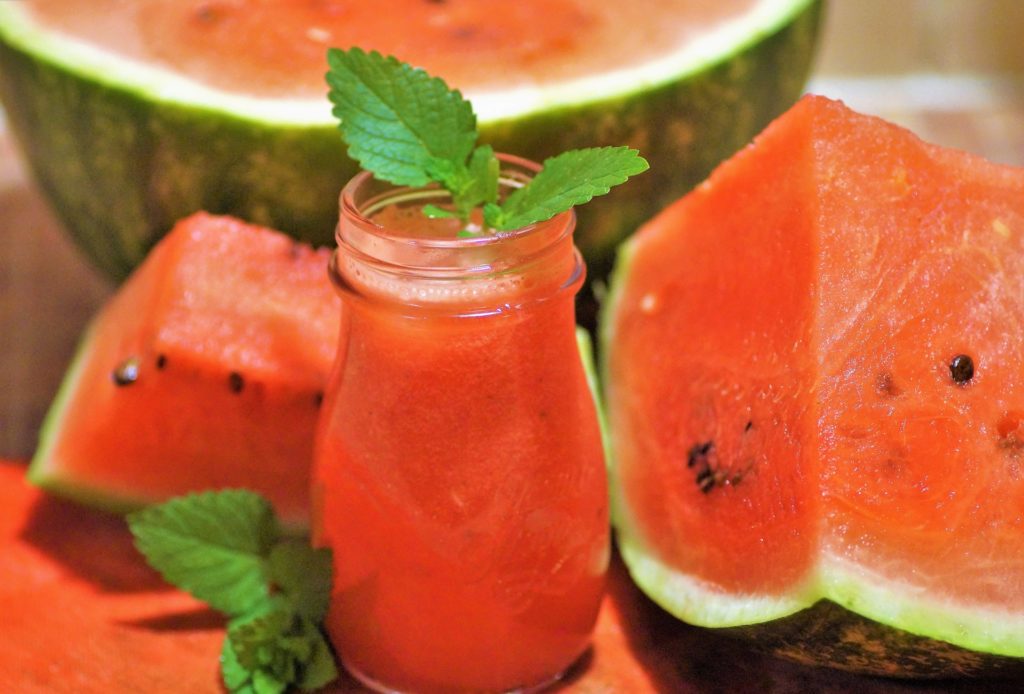 Can Watermelon Consumption Help in the Bedroom?

In this week’s article we will discuss some nutrients found in watermelon, L-arginine and L-Citrulline, and how they can help men in bed. L-arginine is produced when L-citrulline is converted in the kidneys, L-arginine is then converted into nitric oxide. Nitric oxide is essential to penile erection as its function as vasodilator of the smooth muscle cells of the penile arteries allows blood to rush in making the penis erect.

In Luigi Cormio’s study “Oral L-Citrulline Supplementation Improves Erection Hardness in Men with Mild Erectile Dysfunction” he had the theory that if you give men who suffer from mild to moderate erectile dysfunction an oral L-citrulline supplement it would improve erection strength.

24 men averaged ages of 56.5 years (+/- 9.8 years) were selected to be subjects of the testing, for the first month they received a placebo pill and the second month they received 1.5 grams per day of L-citrulline. Erection hardness, number of intercourses per month, treatment satisfaction, and possible adverse events were tracked.

This study shows that using L-citrulline as a method to improve the erection hardness in men suffering from moderate erectile dysfunction may potentially be an effective treatment method, that will be well accepted and side effect free. If you are having challenges in bed getting it up fully, go to your local supermarket and find a nice watermelon, that might just do the trick .