Dax Hill is an idiot.

On Wednesday night I encountered a thread that soundly articulated a series of core thoughts and tangents I’ve had a long time. And if you have been keeping up with my articles, you will recognize a lot of philosophies I preach, step from this ideology.

Studying what has already been charted before.

With this philosophy, there will be a marginalization of other data or facts that do not support the end result. At worst they are outliers; at best, they are data points that do not effect or alter the outcome.

This measure of intelligence rewards those who color in between the lines. It punishes those focusing on the outlier data, as there is a clear, straightforward answer. Imagine you know that 1-to-100 is 100 numbers, and they keep telling you, “there are 4-numbers”. You would say that person is insane.

Imagining what is outside of what has been charted before, often to conflict with the facts.

After understanding the beginning and the end, focusing on the possibilities that remain outside of the proof, and the potential trends and patterns outside ‘facts’ that, in their randomness, develop their own pattern and fact.

Example—these are random facts, that would be a fact. The ease with which that made sense is what approximative thinkers see. Individually they are random, but together, this bunch of ‘anti-facts’ have something in common. When extrapolated and organized together, they develop their own factual trends and patterns.

Using the above example of 1-100, the Approximative thinker might see a one, one, zero, zero – four numbers.

Approximative implies that it takes an “approximate” understanding of the details, and how they create a big picture that makes sense together but individually does not. Jeff Bezos is an excellent example of this. To become a billionaire, Bezos began selling books. Lets look at what amazon is today:

I believe what Jeff Bezos set out to do, was establish a digital town.

Individually none of these things has anything to do with the other. Especially, beginning with selling books. As an academic, these are stupid purchases, if you are a book seller trying to become a billionaire. Considering the era Bezos began his journey, an online town, starting with books, seems farfetched.

When you understand each as an approximation and not a detailed exaction you have a town—but online.

After you understand the approximate details of what you want to build, you can map out the big picture and attack the details as you get closer to bringing the idea into reality.

“Only 10% of entrepreneur businesses succeed, so your odds are better spent seeking employment from one already established.”

The secret is in the dead space of what is said. So what is considered successful? 50k, 100k, getting bought out, employing others? Are they saying that 90% fail? Maybe 80% are in limbo on their way to success or failure and only 10% actually fail.

What is crucial is that you are looking for all the ways an academic statement can be true, while simeultaneously the “disinformation” also being true. Sometimes you will find ways to innovate the ‘facts’. Sometimes you will find the ‘facts’ to be untrue. Conflicting ideas can coexist. However, once determined as ‘fact’ by academia, the coexisting “misinformation”, may be determined as “wrong”, or an outlier, in the public eye.

We have a clear path to a successful life.

But life has a nice way of imitating art so lets take it to the movies. And if you are paying attention, Movies and TV snitch ALLLLLL.THE.TIME. So using the matrix, we will look at the approximations of the parallels and see if they check out.

In the Matrix, humans are the life blood-literally-for the machines. In reality, the most important resource in the world is people. We already have a parallel and we are just starting.

Machine overlords control humanity by drugging them, entombing them in stasis, and syphoning off what they need from humans to fuel their lifestyle, until death do us part. Contrained and disillusioned in pods, draining them of their resources/life force to facilitate machine lifestyle

The Matrix: Machine overlords control humanity by drugging them, entombing them in stasis, and syphoning of what they need from humans to fuel their lifestyle, until death do they part. Then they recycle them out with a new baby.

Reality: Elite overlords controling humanity by drugging them, entombing them in eternal payments, preventing upward mobility and escape thus trapping them in the payments, until death do they part. Then they recycle the dead out with a new baby.

Until the day you die.

Some may call something like this “institutional <insert here>-ism.”

We need to save lives.

How does this statement stack up? The big picture would say, anything that is close to treating similar symptoms, or treating a similar infection process, should have the green light…. And in all honestly it stops before it even starts.

The Punch is emergency approved, but not up for FDA approval till 2023. Yet there were current FDA approved drugs that were removed from the CDC approval list? Individually, two treatments still don’t eliminate the need for the punch. Why not have a vaccine? It doesn’t hurt to have options. But, banning them? When we the only other option is death? Odd…..

During a public health emergency, the FDA can use its Emergency Use Authorization (EUA) authority to allow the use of unapproved medical products, or unapproved uses of approved medical products, to diagnose, treat, or prevent serious or life-threatening diseases when certain criteria are met, including that there are no adequate, approved, and available alternatives.

Mrs. Kunz gave game me and my classmates “thinking outside the box, brain teasers” every day from 3rd to the 5th grade. They are an exercise in the dead space:

“What about the factual statement can be a form of antithesis to the fact, without disproving the fact.”

22-years of sharpening this skill, I can say its the greatest tool I have. While most people are waiting for the new information to arrive, you can accurately predict the big picture and plan accordingly while everyone else is playing catch up.

Alex suggested an excellent way to develop Approximate Thinking in minds of children in school:

Would develop an army of intellectual soldiers. Heres how it would go down:

This would radically shift the entire class to more advanced thinking. Factor in children’s desire to appease and surpass, and this development would occur quickly. As they sharpen each other, and master each others perspectives you would create straight-up weapons. Minds that can accurately filter current reality, the past, and what could be in the future.

If you are interested in reading his thread for yourself here it is:

And apply it to yourself and your own life. Are you Lewis & Clark, or are you following Lewis & Clark, fighting for position in the que with everyone else.

Checkout my other incomplete attempts to articulate approximative thinking.

It was the day before my 34th birthday. I can’t even remember what we were fighting about. But combined with Read more

What Makes You Come Alive?

by Chad Lemoine I may have never attempted suicide, but that doesn’t mean I haven’t thought hard about it and Read more

by Jeremy Cummings Rejection is a bruise, and regret is a tumor. One hurts now, and the other kills you Read more

6 Reasons Why Your Life Absolutely Sucks

1. You Lack Focus! Some people make the mistake of calling me a “Jack of All Trades”. What these so-called Read more 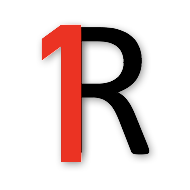