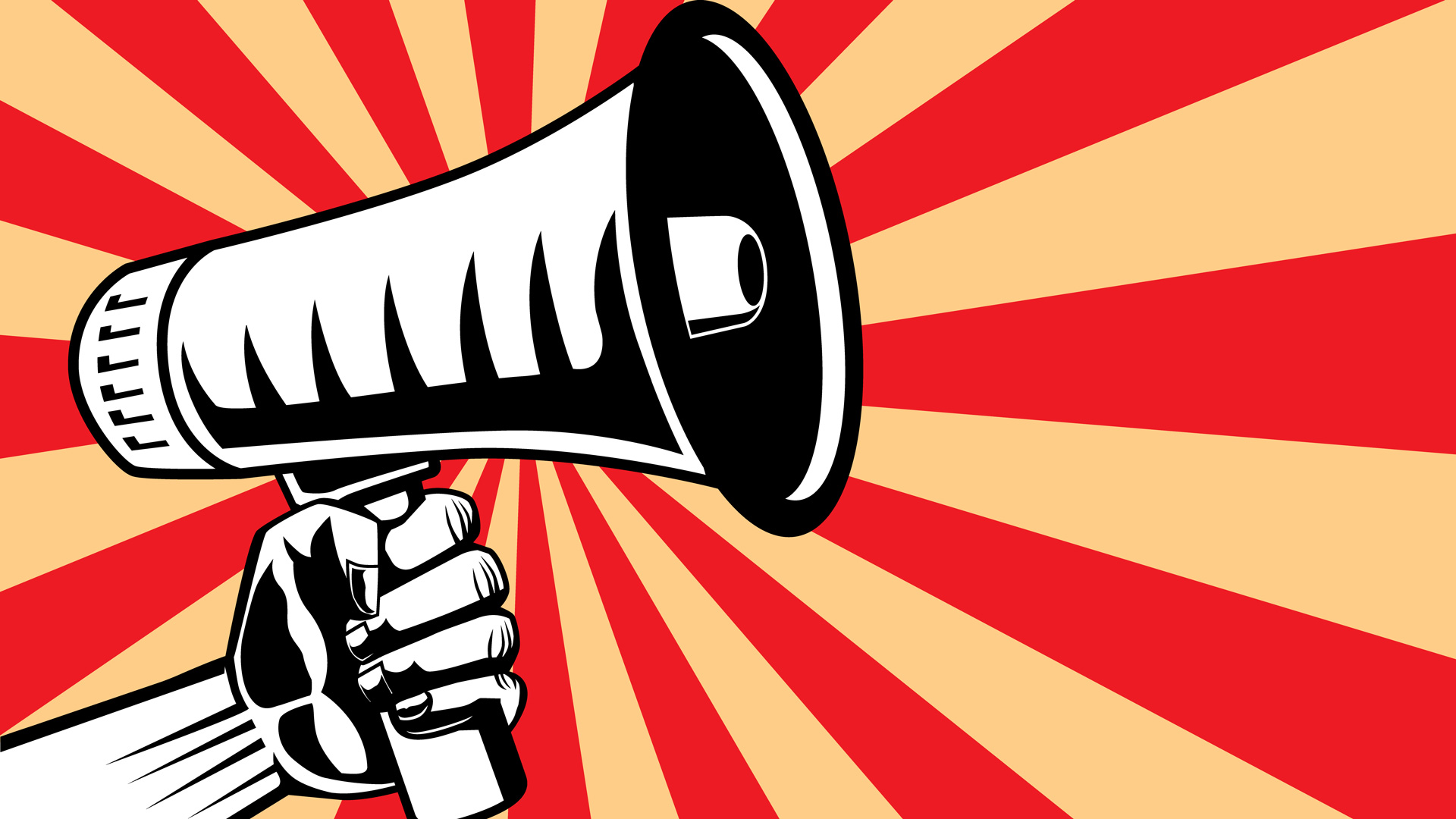 Propaganda, Seeing Through the Lies

Propaganda is ONLY used by Tyrants, right?

In the minds of most Americans the word Propaganda calls up images of the Nazis or Communist leaders spreading lies to their populace. I remember watching the invasion of Iraq and laughing at the Iraqi Minister of Information, Mohammed Saeed al-Sahhaf, telling his people that they were winning against the American military as the Iraqi forces were being soundly defeated. Little did I know that the joke was on me.

Our government has been using propaganda on its people since the government was created and it has intensified in the past few years. Merriam-Webster’s Dictionary defines propaganda as: the spreading of ideas, information, or rumor for the purpose of helping or hurting an institution, cause, or a person.

Another definition that the dictionary uses is: ideas, facts, or allegations spread deliberately to further one’s cause or to damage an opposing cause. This second definition would make the article you are reading propaganda. It certainly is my intent to further my cause, namely liberty. Google defines propaganda as: information, especially of a biased or misleading nature, used to promote or publicize a particular cause or point of view.

When I talk about propaganda, I am referring to a government’s use of lies, half-truths, and deceptions to mislead its people. Americans like to believe that their government is good and their news media is independent and can be trusted.

That delusion is falling apart. Hopefully, by the end of this post, you will realize that the United States government is like all governments and constantly uses propaganda. In fact, they use it more often and to a greater effect than anyone in history.

A History of Lies

As I said before, propaganda is not a new tool in the woodshed of any government, even ours. President Woodrow Wilson would be key in developing and using modern techniques for the purpose of controlling the American people.

In the early 1900s, the men and women of this country were largely against war and foreign intervention. Wilson changed that. He decided to “make the world safe for democracy.” The method he used was to eliminate freedom starting with the press. It was his strategy to control and censor the media.

Part of this campaign by his administration was to paint anyone who disagreed with the war as not loyal and as enemies of the people. One of the most effective members of Wilson’s “Committee on Public Information,” was a man named Edward Louis Bernays. He worked at supporting the messaging for the war effort. After WWI ended he focused on the American people. This is what he said.

“There was one basic lesson I learned in the CPI- that efforts comparable to those applied by the CPI to affect the attitudes of the enemy, of neutrals, and people of this country could be applied with equal facility to peacetime pursuits. In other words, what could be done for a nation at war could be done for organizations and people in a nation at peace.” Full text here. Adolf Hitler, and his minister of propaganda, Joseph Goebbels learned directly from the writings of Bernays. In Mein Kampf, Hitler admires the use of information control used by both Britain and the United States. The Nazis employed the examples of our government and our former president to create the war machine behind the Third Reich.

In 1948, the Smith-Mundt Act was passed. This act forbids the use of “information and psychological operations aimed at influencing U.S. public opinion.” Of course, the government ignored this act. Under the provisions of the act, it did so illegally. In the National Defense Authorization Act of 2013, there was an amendment added to the bill by Mac Thornberry, a Republican from Texas, and Adam Smith, a Democrat from Washington. It nullified the Smith-Mundt Act and made propaganda legal again. When Barack Obama signed that act, he again destroyed the right to a free press. In his article for Business Insider, Michael B Kelly said that this amendment would allow government to, “directly disseminate campaigns of misinformation to the US Public.”

Our media is being used as a weapon against us. They bombard us from every side with propaganda. This, in my opinion, goes even farther and amounts to mind control. No matter which party is in power they all have the same goal, to control the American public. The Trump administration used distractions every day to stop each of us from thinking for ourselves. Our television screens filled with talk of Russian involvement in our elections from both sides while they passed bills that continued to strip liberties away and steal money from us. His tariffs were just an early and easily misleading theft because it is not called a tax. Trump even commented about taking away guns and giving due process later.

On top of this, Trump’s administration failed to do anything to keep the pro-freedom promises he made on the campaign trail. How did repealing Obamacare go? And don’t get me started on his militarism all over the globe. Trump was often just like the presidents before him… a liar and a fraud who used the propaganda arm of the centralized government, the media. Even Trump’s fake disdain for the media is part of this act of misdirection. Propaganda is everywhere.

Propaganda as a Disease

This past year has been a case study in propaganda. The pandemic has been one of the best examples of how easily the public can be manipulated. Narrative change after narrative change aimed at keeping the worlds population compliant has been an every day event. I cannot even keep up with the changes. It baffles me how this has worked.

I understand that the media, on the order of governments across the globe, have aimed at controlling the masses. They locked us up and terrified millions into being compliant sheep. Divide and conquer tactics are certainly working to separate us into echo chambers even on the topic of health. How did so many people fall for this obvious authoritarian takeover of society? The honest answer is- I have no idea.

The most recent example of this was the outright lies from Dr. Fauci to Rand Paul on the floor of Congress. This supposed “expert,” committed the crime of lying to congress. When asked if the United States taxpayers were funding gain of function research in the bioweapons facility in Wuhan China, breaking American law, he in clear terms said that the United States did not fund it. This was a provable lie and was certainly perjury. Ben Swann lays out the facts perfectly.

Biden Aims at a Championship Belt

The Biden administration seems to be trying to be the all-time heavy-weight champions of propaganda. They have not been in office for a year yet and they are certainly well on their way. This new administration has the blind obedience of a largely liberal mainstream media who can’t help themselves. They almost salivate at the thought of their socialist leaders in charge. This image of Biden as a friendly socialist is just another propagandist’s lie. Biden has been a tool for the military-industrial complex for his entire political career. The media has worked hard to cover up the fact that he has never seen a war he did not love. His voting record is clear. That being said, the media has painted him as a reluctant voter for war at best and most paint him as a savior of peace. Articles like this one, paint him as a tormented statesman. One of his first actions in the brand new presidency was to launch missiles at Syria.

Of course, the world’s governments are reacting to the return to the free reign of war. Israel’s recent attacks on the Palestinians are a perfect example of this trend. Meanwhile, the news media continue to do loving puff pieces about their darling president. Anything negative is blamed on Trump. All positive things including things put into effect by Trump are credited to Biden. The best example of this is the stimulus money which was initiated during the Trump administration and is being celebrated now as yet another gift from our benevolent dictator. Let me be clear, I oppose these “stimulus” plans because they in essence give people 1/6 of the money that they are being taxed for. For my breakdown of the Cares Act click here.

In the past few years, it has even become worse, as the public gets their information from the internet. The government has sought to control that as well. Is anyone not on Facebook? In an article in The Times of Israel, Robert McNamee, says of Facebook, ”In order to maintain your attention they have taken all the techniques of Edward Bernays and Joseph Goebbels.” He continues with, “And all of the other people from the world of persuasion, and all the big ad agencies, and they’ve mapped it onto an all day product with highly personalized information in order to addict you. We are all to one degree or another addicted.” Add to that, this question from Mother Jones, “Where does Facebook stop, and the NSA Begin?”

Twitter, not to be outdone, is toying with making Trump permanently banned. This is the outright suppression of political speech. Don’t we have an often idolized 200-year-old document that is supposed to guard against that? Oh yeah, Twitter and Facebook are private companies, right? And… isn’t The New York Times a privately owned company? Suppression of the press is happening regardless of the Constitution. According to Wikipedia, the Pew research company found, “In 2019,… over half of Americans (54%) either got their news “sometimes” or “often” from social media, and Facebook was the most popular social media site where American adults got their news.” With our news in our pocket, we pump government propaganda into every interaction in our lives.

Take Control of Your Information

Where will it end? The answer is easy: with YOU. This post is only one of millions. I used the internet to find all of the information in this post. I have just scratched the surface. I could write and many others have written books full of all of this information. The same tools that they are using to control us, we can use to set ourselves free. Information is everywhere.

Sure, there are better places to get that information. I look with a skeptical eye at any article. In addition, I question myself and what I believe. I also limit the time I spend watching movies and TV. When I do watch I look for the obvious propaganda. A perfect example is the show Arrow, based on the DC comic Green Arrow. When they started pushing for gun control I stopped watching. I naturally do not watch movies that glorify war. In other words, I stay vigilant and conscious of what my mind receives.

I also think we have to resist only living in the digital. Yes, I love technology, but I also love a good book, a great conversation in person, or a stroll through the woods. We cannot disconnect from the world around us. Share yourself and participate in this wonderful world! Do not fear the government propaganda; it is just another symptom of the last dying gasps of a beast whose time has passed.

3 thoughts on “Propaganda, Seeing Through the Lies”